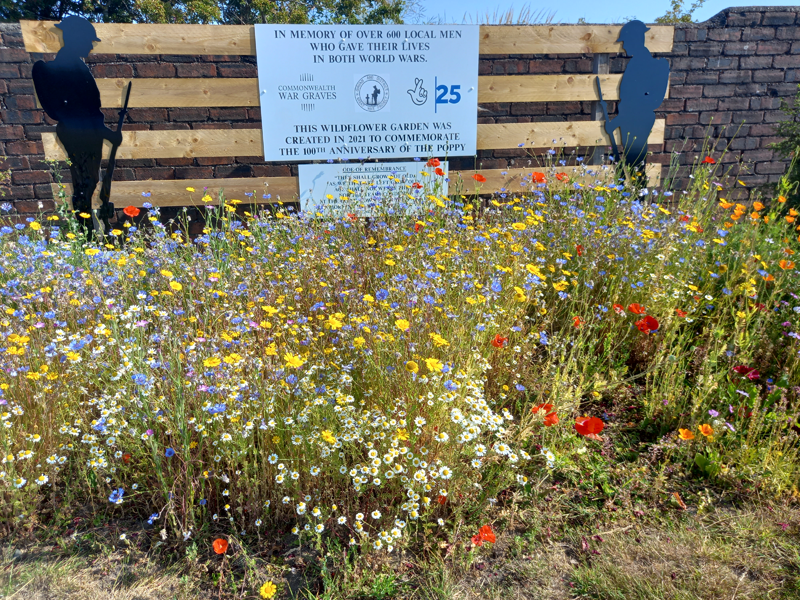 It was a great turnout and the weather was kind. The new memorial garden is dedicated to more than 600 local men who died.

Richie and Lorna Conaghan are grateful to the Girvan Men’s Shed members who were involved in creating the garden. These included Pat, Sue, David, Winston.