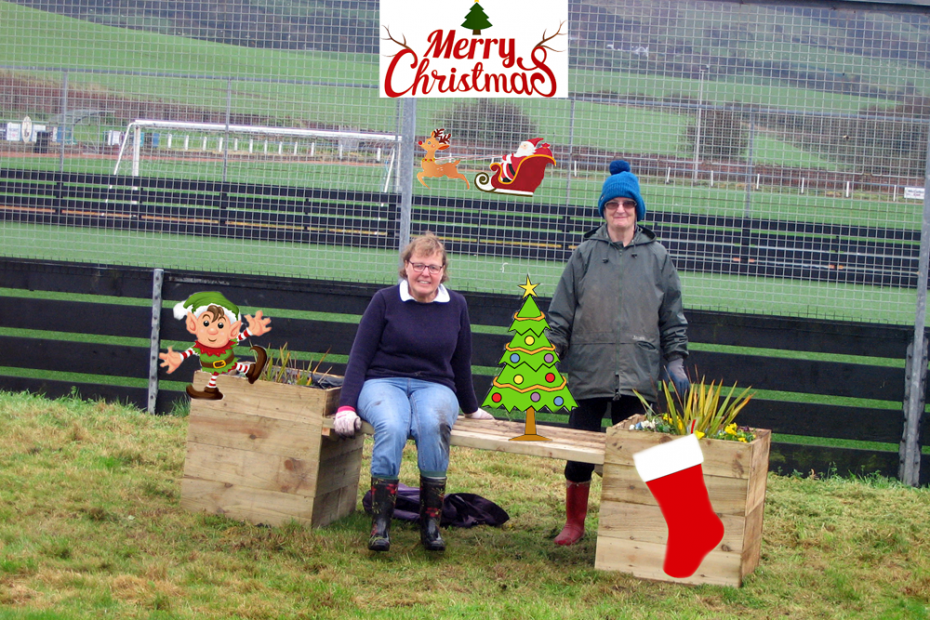 Are you all sitting comfortably, then let us begin…

A long time ago in a land far away in a time before Christmas, Santa decided to have a trial flight over Girvan Football club.
He dispatched his 3 grumpy Christmas elf’s to the football park. The elf’s discovered 2 young fair maidens in the garden. Sue and Pat, who are members of the GIrvan Men’s Shed garden project were having a well earned rest when the 3 grumpy elf’s magically appeared before them.

One elf was called “Soar Throatus” and the others were “Runny noseus” and “Bad Coughus”. While waiting for Santa the elf’s quickly turned the girls into princesses, had a wee dance while they waited, disappeared and then reappeared to wish everyone a Merry Xmas. THE END

Please watch the video below.