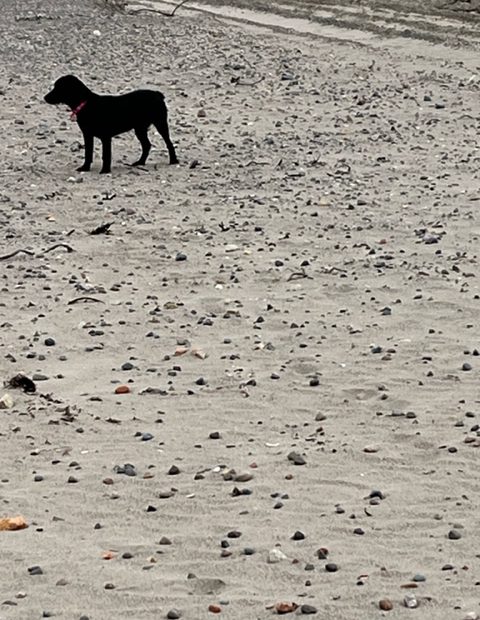 The other day me and mummy were on the beach playing with the ball and I was watching the sand blow about, it’s very fascinating to watch, I just love being on the beach, mummy was calling me and I was taking no notice even when she was almost on the prom, I would not come when called, the beach is far too interesting what with all the smells and sights. Then mummy said “good buy Peggy “ I suddenly thought she was going to go without me! That gave me a fright. I ran to catch up with her and was very relieved to get a treat because I had eventually done as I was told. We got home and I had my dinner.